John Barnes’ career parallels the story of black immigrants in Britain and his success at the highest levels of club and international football played an important role in the assimilation of black immigrants into the British mainstream. This helped to redefine British identity and create a more united society for both blacks and whites.  Barnes was only the second black player to play for Liverpool FC and quickly rose to become one of the team’s star players. Liverpool is one of the two the most successful clubs in England with 5 Champions League and 18 league titles and were at the height of their powers during Barnes’ career. He was also one of the first black players to feature in the England National Team and became an icon for thousands of immigrants working to reach their dreams in the England. 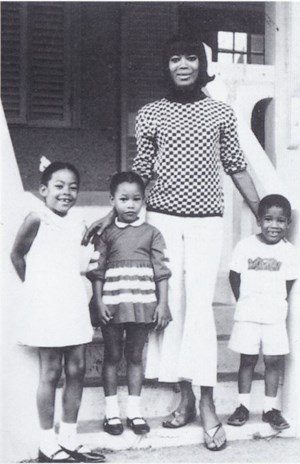 John Barnes was born in Kingston Jamaica, on November 11, 1963 to Ken Barnes and Frances Jeanne Gill. He moved to England when a talent scout from Watford FC spotted his footballing talent. After his move he faced discrimination from some players and fans. In the 1970s England had not yet developed a diversified system to support immigrants and minorities in infrastructure, politics, education or sport. Football hooliganism was also at its peak, spreading violence, discrimination and racism in the  stadiums of English football. “Twenty years ago, English professional soccer was in a shambles. Most of the stadiums had just a few seats. Stabbings and fights on the terraces…. Almost all the players in the league had been born in England” (Moritz, Michael). 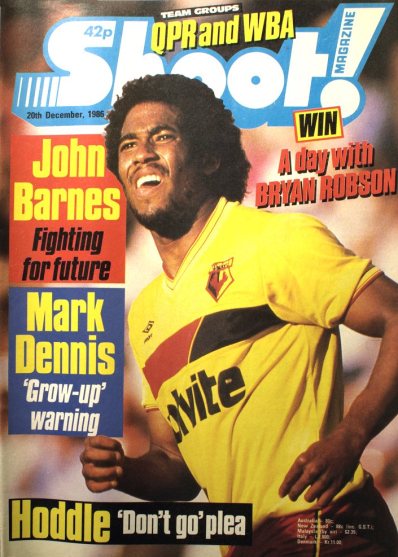 Barnes was an extraordinary player for Watford FC during his time at the club. During the 1982-1983 season the team enjoyed a wonderful campaign and finished a club record 2nd in the league, qualifying them for European competition.

The year following his campaign with Watford FC, Barnes caught the attention of coach Bobby Robson and make his international appearance in 1983 with the England National Team. He became one of the first Black players to play with the 3 Lions team.

On June 10, 1984 in the Maracanã Stadium in Rio (one of the most prestigious stadiums of the world) Barnes scored a famous goal against Brazil during England’s 2-0 victory. A few England fans refused to recognize feat, insisting that the real score had been 1-0 since Barnes’ contribution “didn’t count”.

Barnes England career was exceptional because he could use his power, talent, pace and ability to galvanize the England team in crucial moments. One of the best examples of this skill occurred when he entered on field with 15 minutes to go against Argentina in the 1986 World Cup quarterfinals. England was 2-0 down and Barnes single-handedly dismantled the Argentine defense, setting up a goal and a missed chance for teammate Gary Lineker.

In 1987 Barnes left Watford for Liverpool. Liverpool football club, one of the most successful teas in history of English football acquired his services for a fee £900,000. During his time in Liverpool he won two Premier League titles, two FA Cups and one League Cup. During his most successful  season, 1989-90, he made 34 appearances and scored 22 goals, an outstanding tally for a midfield player. He was rewarded for this performance in 1990 when he was named Football Writers’ Association Player of the Year for the second time.

During his career Barnes had to overcome barriers both as footballer and a member of English society.  During his career he had to deal with many incidents of blatant racial abuse.  During a derby match between Liverpool and crosstown rivals Everton, Everton  Fans threw bananas onto the field in a racist gesture  comparing him to an ape. These popular displays of hostility mirrored earlier reactions to “foreign”  players playing for English teams.  Long before Barnes, Irish footballers left home for the English first division, in the process improving the quality and competition of the league. Despite the positive effects these players had on the sport, they were not always accepted by the English public. “The decisions of Irish footballers to migrate from teams based in the League of Ireland to English Premier League and Football League clubs…  these processes are reflected in a series of migrations where the players are not simply passive social agents but, rather, dynamic interlocutors whose decisions must be framed within the local contexts between which their movements are situated” (Richard, Elliott).

At the height of his career Barnes was a world famous player who some considered the best in the world. His story mirrored that of many immigrants both footballers and otherwise. “The analysis of soccer migration provides insights into both [positive ]labour migration in other sports and moves towards increased labour mobility in Europe and greater European integration” (Maguire, Joseph, and David Stead). Barnes and many of his fellow immigrants are looking for opportunity in England. The have the mentality to improve British society while taking advantage of the opportunities they lacked in their home countries.

At the height of his career Barnes was a world famous player who some considered the best in the world. His success broke down barriers for other black players and helped redefine the English national identity. Unlike the United States, England had been overwhelmingly white from the beginnings of history until the later half of the 20th century. This required a readjustment of the traditional idea of “englishness”. Immigrants and the mainstream population engaged in a two way dialogue on this process. Immigrants adopted important tenants of English culture (like its language and laws) while the mainstream redefined the english national identity to allow for people of color.

As one of the first black athletes to succeed at the culturally paramount sport of football, Barnes was an essential part of the process of defining a multicultural England. This multicultural society is more equal, united and cohesive for all races, building a stronger and more united nation.

View all posts by charlesbradbury8